In Anglo-Saxon England differences between the Celtic Church and the Roman Church included the nature of the tonsure and the date of Easter.

These differences were settled at the Synod of Whitby in 664 when King Oswiu decided that Anglo-Saxon Northumbria should follow the Roman Church. 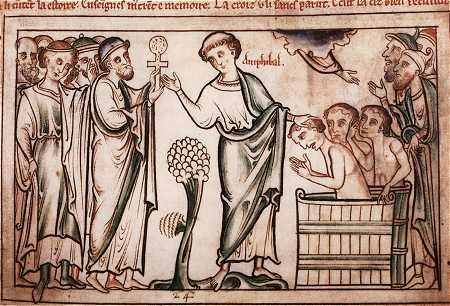 Amphibalus baptizing converts.
From The Life of St. Alban: (Wikimedia)