Sandbyborg is situated near the coast on on Öland, an island off the south-eastern coast of Sweden

During the Migration Period in Sweden, cremation was the norm, and so it is rare to find uncremated remains.

As of 2013, five bodies had been discovered in one house, although human bone has been found in other parts of the site, making it likely that many more bodies await discovery.

Valuable artefacts have been found – which seems to indicate that the site was not plundered after the massacre.

So far only a few houses have been excavated, and the archaeologists believe that hundreds of people could have lived on the site. 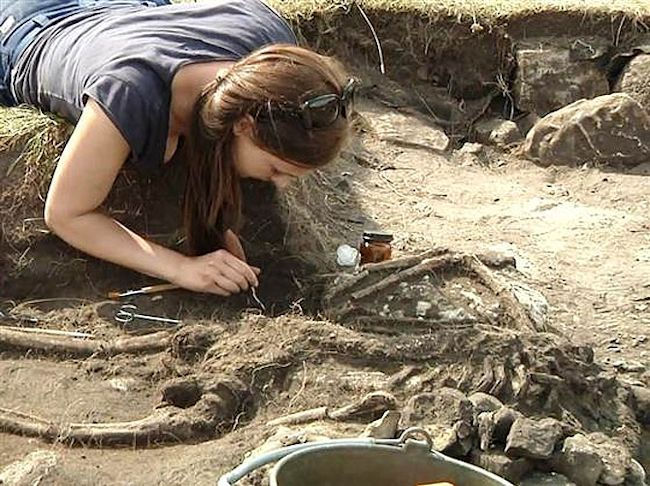 Excavation of one of the skeltons 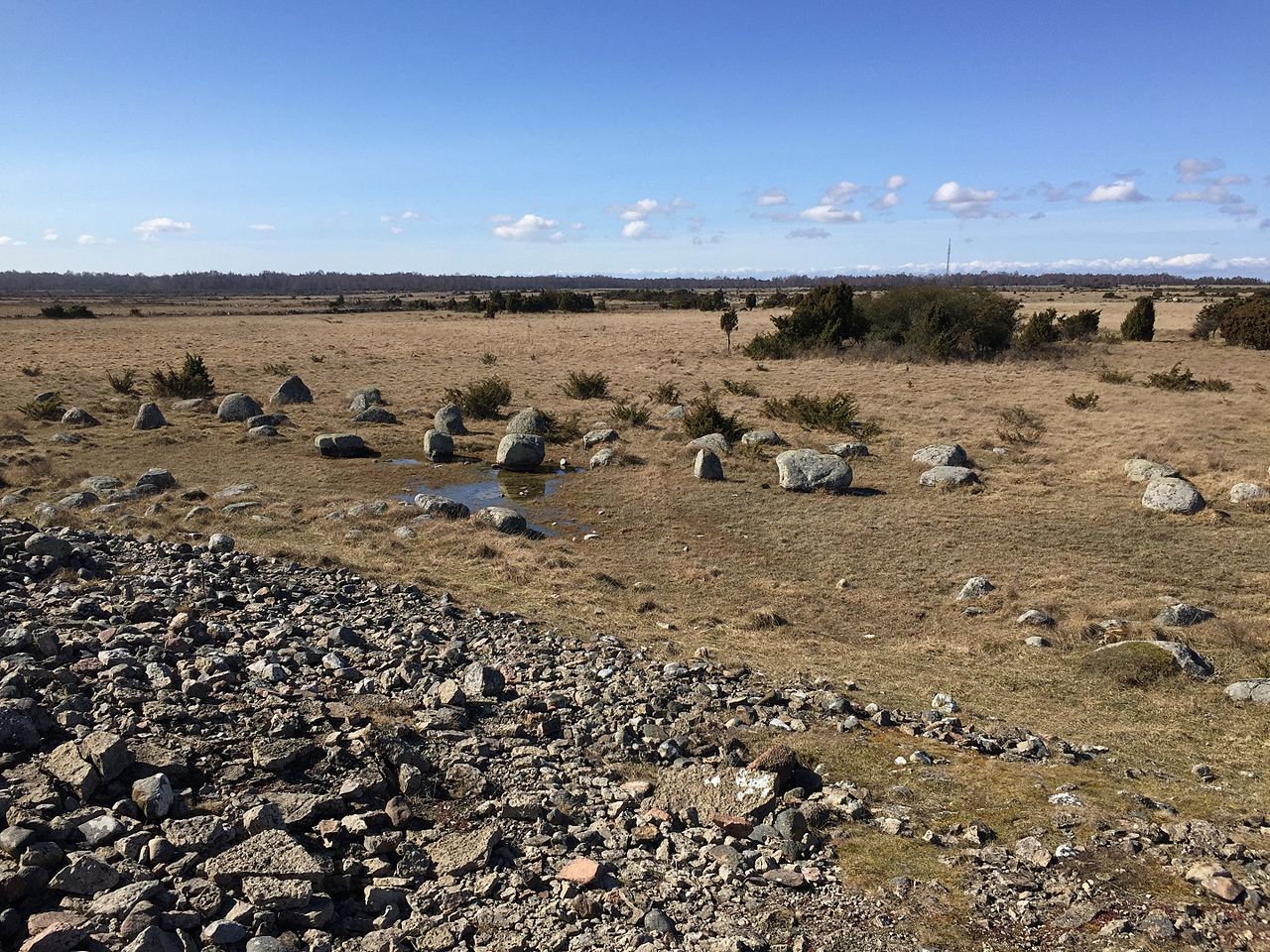 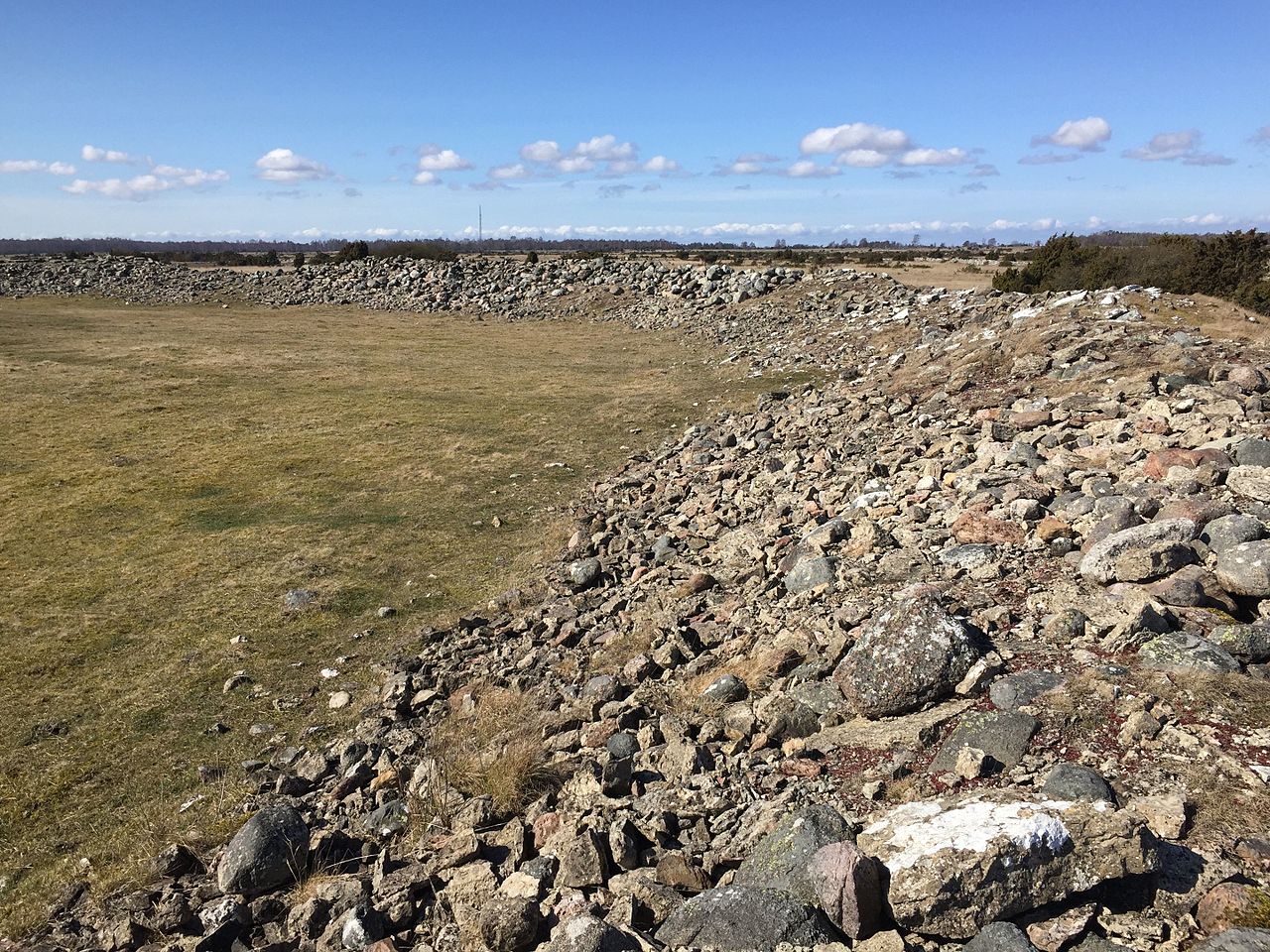