The primary sceattas (series A, B & C) are mainly confined to Kent and the Thames Estuary. It has been noticed that their distribution accords well with the location of important monastic houses which may indicate trading by these houses on seasonal beach markets. John Blair has pointed out the links between the expanding monastic church and the expanding economy (Blair, J., “The Church in Anglo-Saxon Society Oxford”, 2005 p. 64), and the church is the most likely instigator of an international system of trading at this time.

The secondary sceattas (c. 710) introduced many new designs and many new mint sites in Wessex, Eastern Mercia and Northumberland. There is still uncertainty about the issuing authorities behind the secondary sceattas. Some issues are so large that only a major ruler could have produced them, while others were produced on a very small scale indeed. 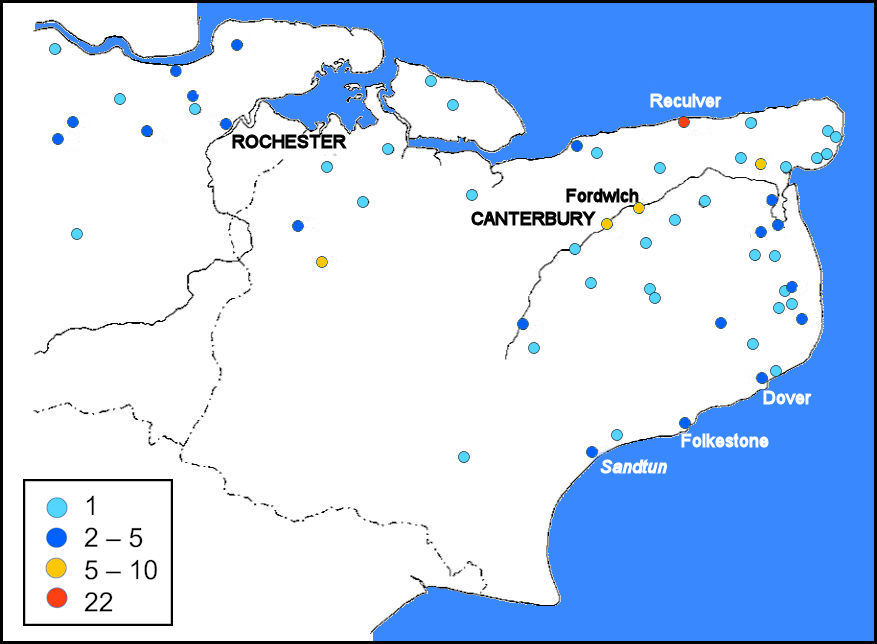