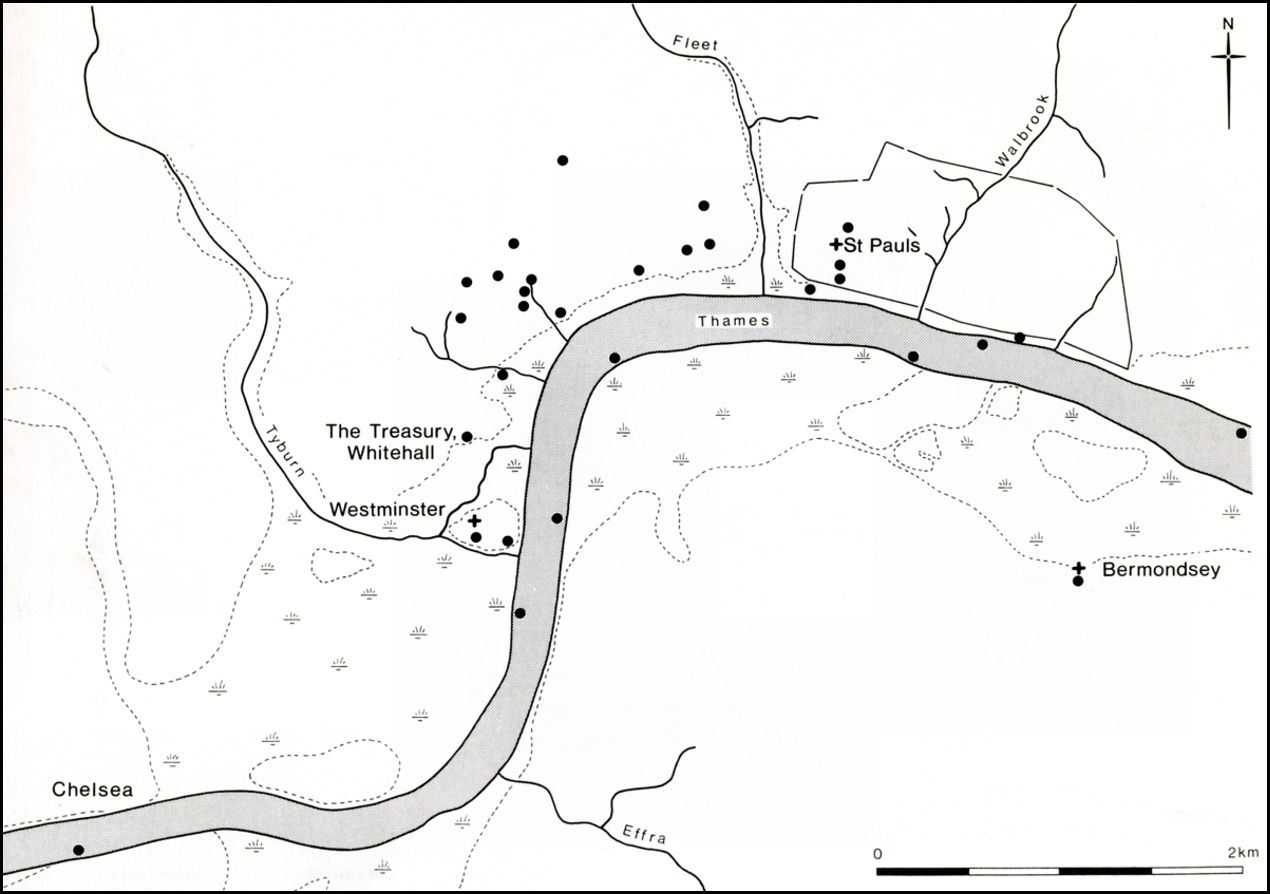 Find spots in London in the 8th and 9th centuries
image: DGLA, Museum of London

Excavation in the City of London in the 1970s and 1980s had failed to find virtually any evidence of occupation in the period from 410 AD to the 10th century despite apparently unambiguous historical evidence of London’s existence at least from 604 AD onwards. However, the Department of Greater London Archaeology (DGLA) had discovered so-called Saxon farms in the area of Fleet Street, Covent Garden, and Westminster.

In the mid 1980s Alan Vince and Martin Biddle independently came up with the theory that London had been re-established not in the City but a couple of miles to the west, centred on the area called Aldwych. This Middle Saxon settlement was known as Lundenwic.

The 1996 redevelopment of the Royal Opera House in Covent Garden included the largest excavation yet undertaken in the area of Middle Saxon London. The excavation revealed a main road with several side streets and a number of buildings. There was also evidence of a rich material culture. The site declined in population and material culture during the ninth century. A defensive ditch was dug across the northern part of the site and a hoard of Northumbrian stycas were buried in the berm of the ditch.

The ditch was probably dug as a defensive measure against Viking attacks, but a Viking army occupied Middle Saxon London in 871.

In about 886 AD Alfred the Great moved the Londoners back into the City of London and the shelter of the Roman defensive walls, which still stood. The Late Saxon reoccupation of the Roman town site was known as Lundenburgh. 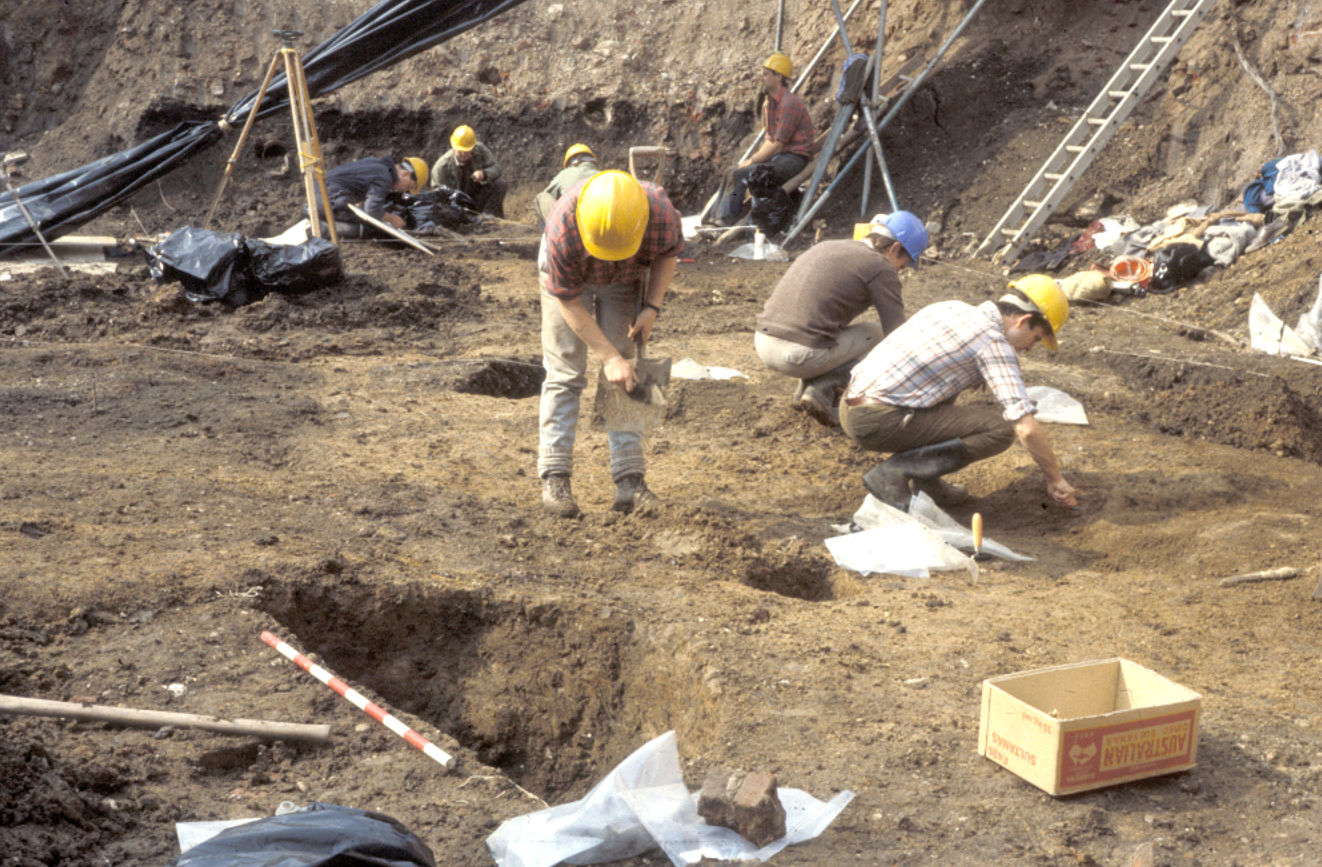 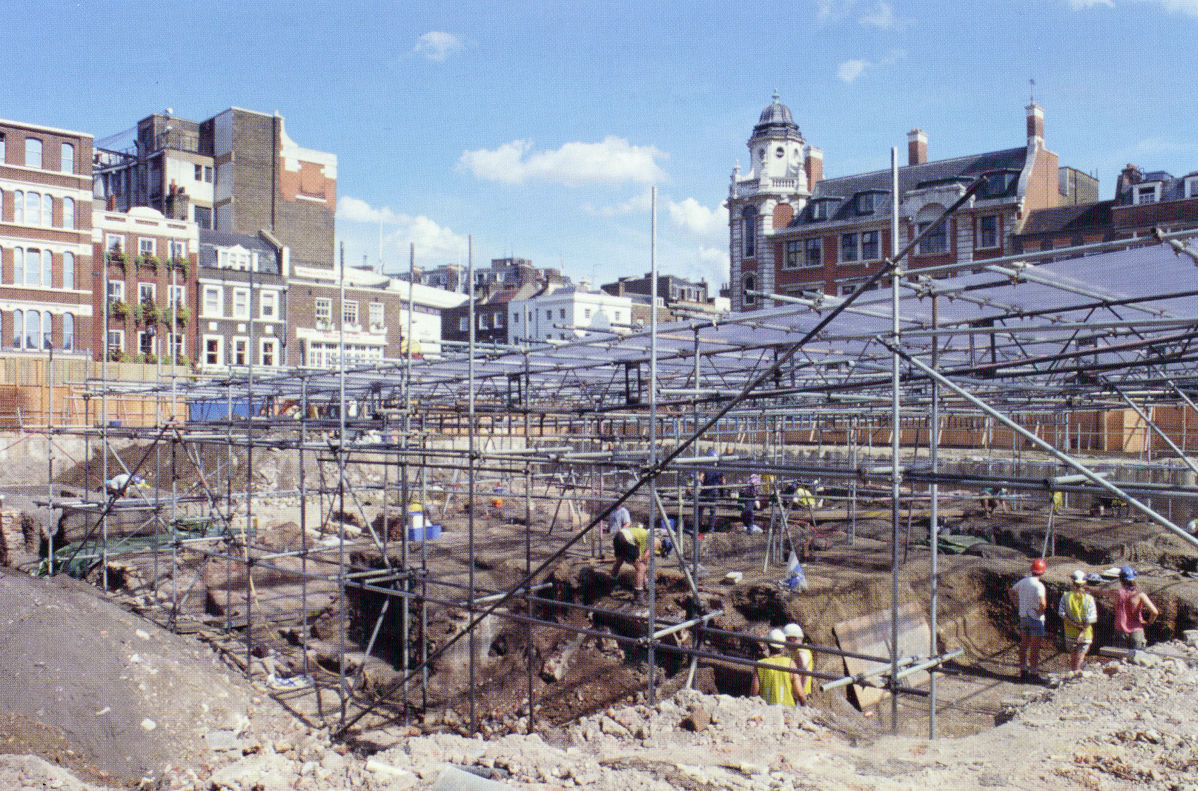 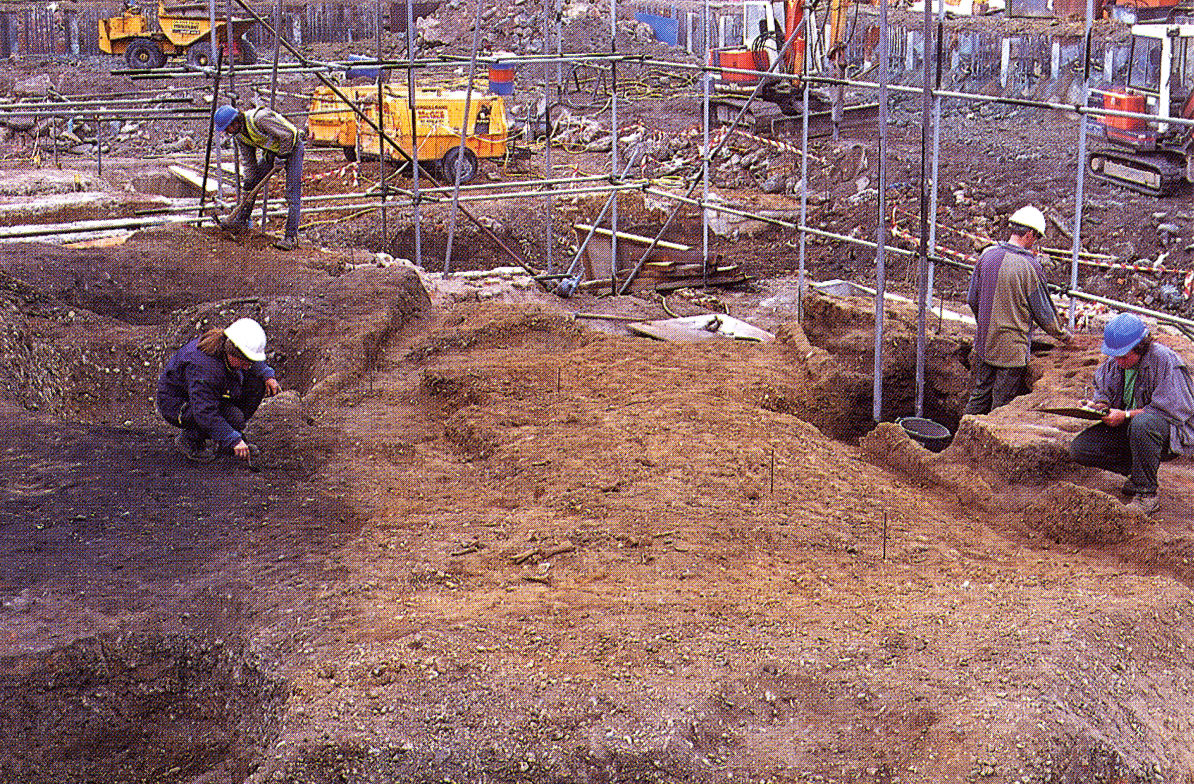