Justinian the Great’s reign was a period of great political and artistic fervour. A contemporary portrait of the emperor together with Archbishop Maximian, court officials and Praetorian Guards appears in the mosaics of the church of San Vitale, Ravenna (consecrated 548).

Justinian’s ambition was to give Byzantium a unified administrative system together with a revised code of law – the ‘Corpus Juris Civilis’ (“Body of Civil Law”). He also wished to promote a single Orthodox creed and bring about the restoration of the Roman Empire (renovatio imperii). This attempt resulted in the partial recovery of the territories of the Western Roman Empire, including the city of Rome itself.

Justinian was responsible for the building of a number of important churches, including the Monastery of St Catherine at Sinai. The monastery was constructed around the pre-existing ‘Chapel of the Burning Bush’, which had been constructed at the command of Helen, mother of Constantine the Great.

“That most huge and all-holy church of the wisdom of God, that heaven upon earth, throne of the glory of God, the second firmament and chariot of cherubs, the handwork of God, a marvellous and worthy work, the delight of the whole earth, beautiful and more lovely than beautiful.”

The churches of this period were filled with gold, silver and ivory objects whose style ranged from the antique naturalism to a rather more abstract style.

See also: The Plague of Justinian

Next Page: A Period of Iconoclasm 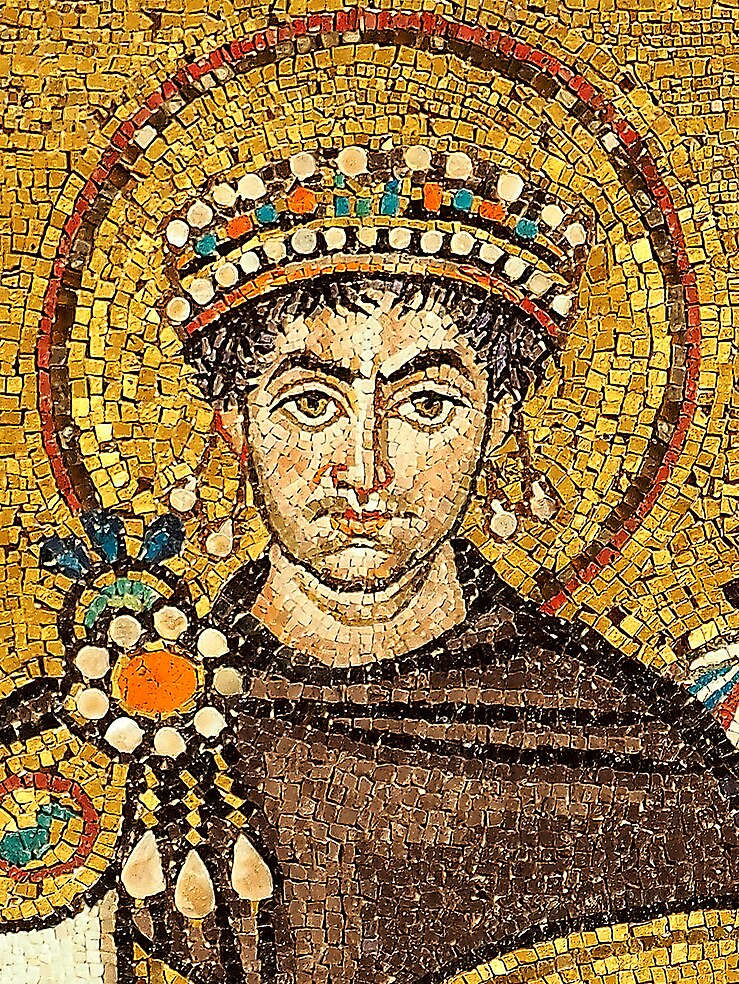