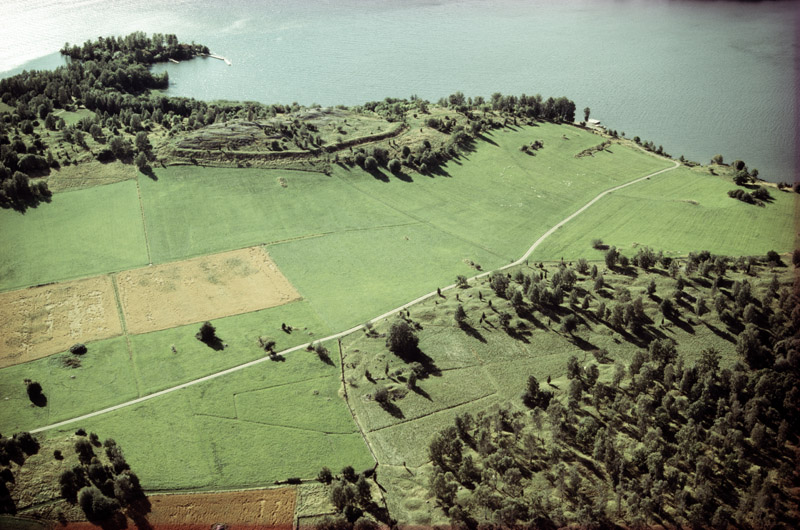 Aerial view of Birka. The Borg is at the top of the photo, the main settlement area in the middle of the photo and the cemetery at he the bottom of the photo among the trees.
Image: Wikimedia. (click on the images to enlarge)

Birka was a trading site that was located on the island of Björkö. Birka flourished from the 8th to the 10th centuries AD. Its position in Lake Mälaren, which was linked to the Baltic Sea by the Södertälje Canal led to it becoming an important mercantile centre with extensive trading ties to Western Europe, Scandinavia, the Slavic and Byzantine east, as well as the Arab World.

The trading site was established in the second half of the 8th century and is one of the earliest emporia in Scandinavia. There are three main parts to the site: a fortified area, “the Borg” , the main settlement area with its extensive deposits of “Black Earth”, fronting on to lake Mälaren  and the cemetery. The mounds of the cemetery are more visible in the snow-covered photo. From 1990 to 1995 a series of important excavations took place in the Black Earth.

During the Viking Age Lake Mälaren functioned as a bay adjacent to the Baltic Sea, and Birka was perfectly positioned near the northern long-distance trade routes that ran between the British Isles, Western Europe, the Kievan Rus, the Byzantine Empire, and the Abbasid Caliphate. 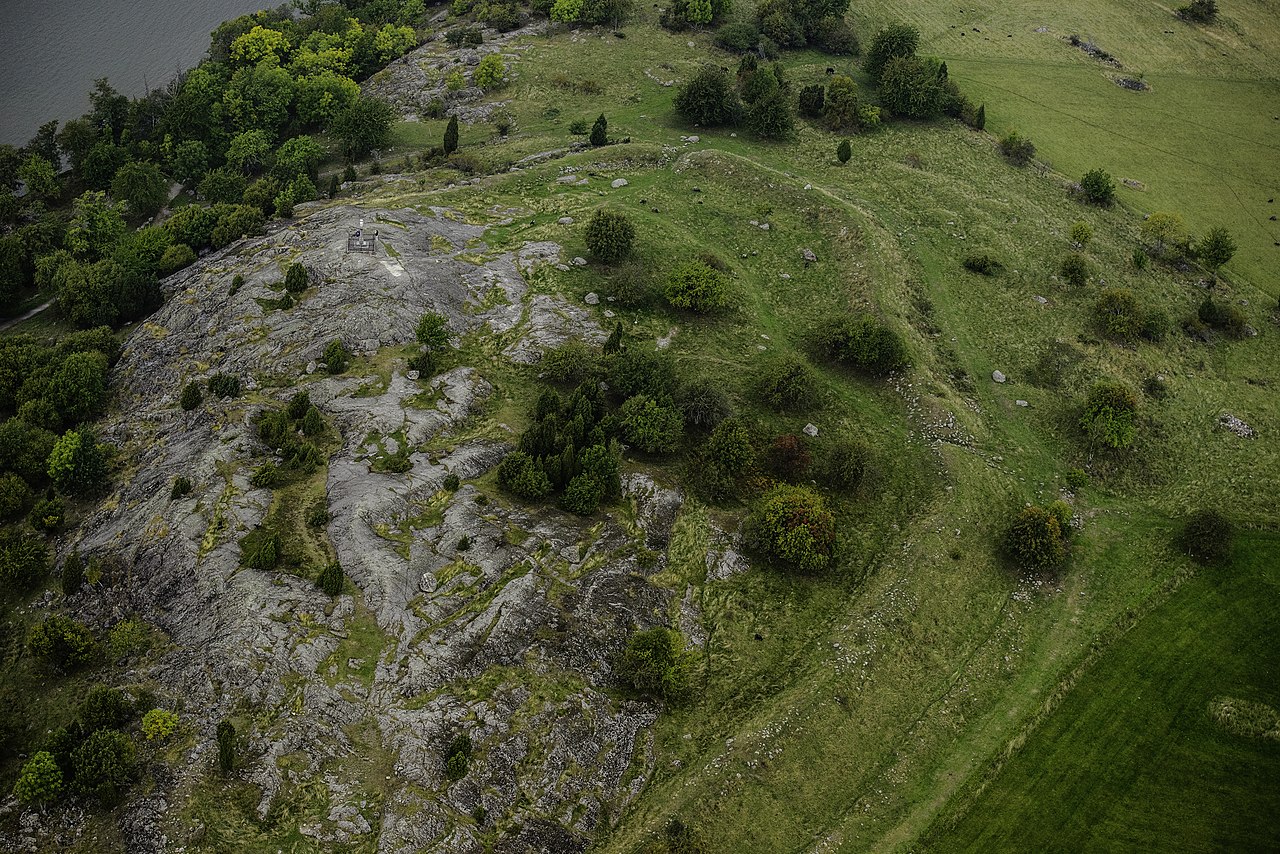 Entry point in a defensive wall at Birka – image: Wikimedia