The pre-Christian religion of the Sámi

The old Sámi religion was founded on an animistic world-view and a shamanistic form of worship in which drumming on the *runebomme (ritual drum) and traditional chanting, yoiking, were of great importance. Nature was considered life-giving, and mountains, stone formations and lakes could be of help to the people if they worshipped them and brought them sacrificial gifts.

Natural phenomena were gods. The sun had a central place, not as a personified god, but as a basic cosmic force, which extended its rays across the world and carried the personified gods on its rays. These gods were not people, but intermediary figures between human beings and greater forces. Dierpmis (the god of thunder) was worshipped fervently. Bieggolmmái (the god of wind), mánnu (the moon) and áhcolmmái (the god of water) were revered because they had the power to improve people’s conditions. Leaibolmmái (the god of alder or blood) ruled over all game and enjoyed a particularly high status because the bark of the alder, mixed with saliva, created a blood-red juice, which was used for painting the figures on the ritual drum (*runebomme).

“ Both Viking-age archaeological findings and later ethnographic reports from the seventeenth and eighteenth centuries indicate a similar recognizable burial tradition among the Sámi. The body was wrapped in birch-bark, sometimes in pelts, and laid in the ground, or a stone cist, generally away from the village or encampment. … Bodies were buried with gifts or personal items … occasionally with food provisions as well.”

(Thomas A DuBois, Nordic Religions in the Viking Age, University of Pennsylvania Press, 1999) 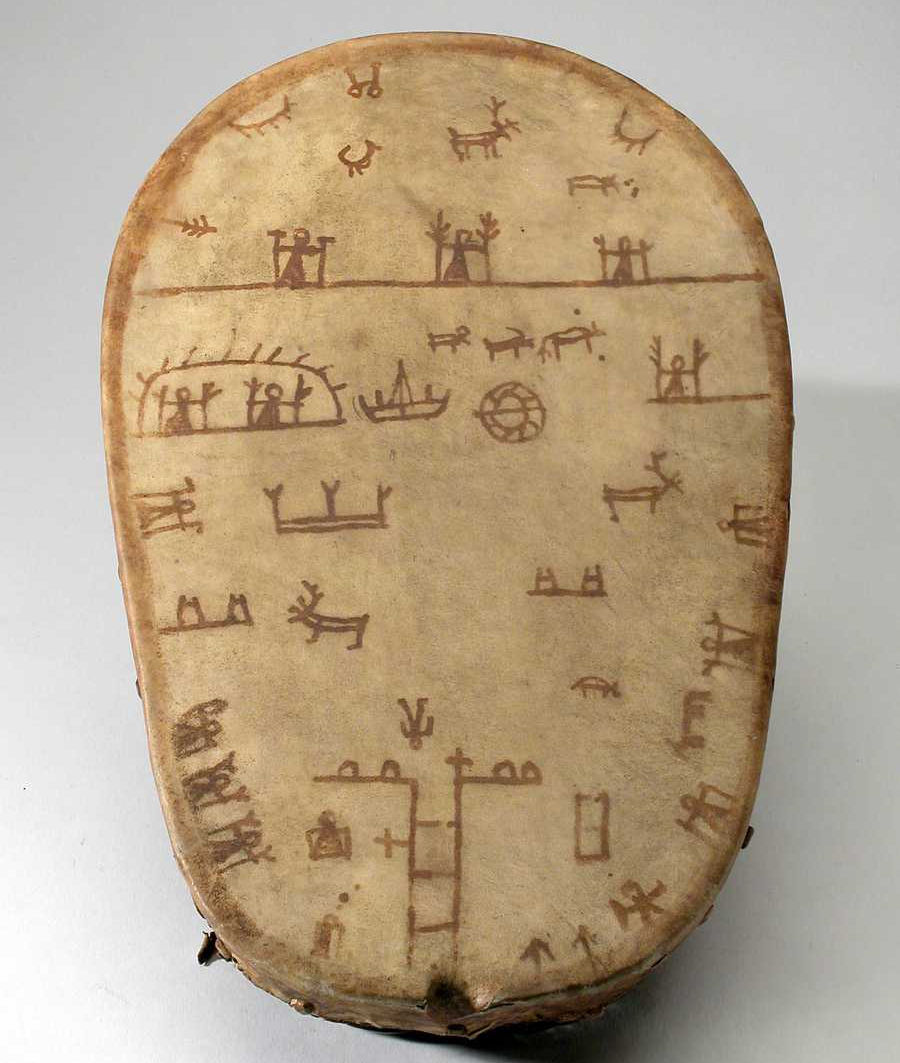