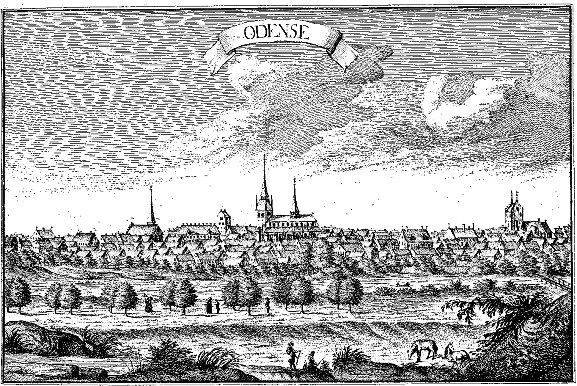 The first documentary reference to Odense is in a letter from the German Kaiser Otto the 3rd from 988. By that time, the town was already the diocese of a bishop but had probably also been the centre of the Odin Cult, as the name comes from Odins Vi, i.e. “Odin’s Sanctuary”.

Archaeological finds indicate that the original settlement was centred around the current site of the Town Hall. Around 980 and just south of the town was one of the circular forts from Viking times, called Nonnebakken.