Paviken was an important ancient harbour some kilometres to the north of Västergarn. During the tenth century, the access was beginning to silt up and so the harbour was moved to the shore at Västergarn.

Excavations at Paviken have revealed a Viking Age trading site and a number of workshops. Among the large numbers of finds were 40 Viking Age weights, of the sort used by merchants. 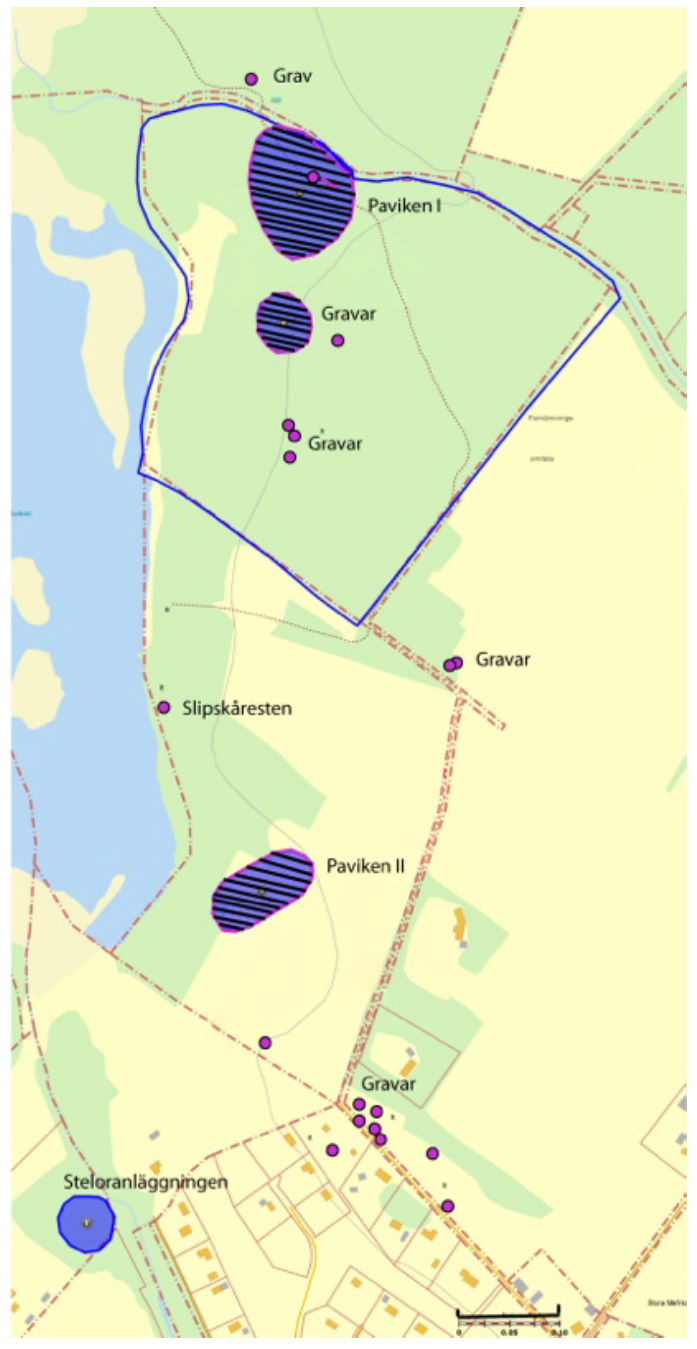 Traces of prehistory east of Paviken. To the
north is Paviken I, situated close to the small Idån
river. North of Idån and south of Paviken I are
Viking Age graves. Paviken II is in the southern part
of the area, and southwest of this several graves
forming part of a huge cemetery are located
image: Paviken research project 2013-2016