The reconstructed remains of the Hjortspring boat at the National Museum of Denmark
image: Wikimedia Commons (click on the images to enlarge)

The Hjortspring boat is a Pre-Roman Iron Age war canoe built between 400-300 BC. It is the oldest find of a wooden plank-built ship from Scandinavia and closely resembles the many Scandinavian Bronze Age rock carvings depicting ships.

The ship was found in the bog of Hjortspring Mose, on the island of Als in Sønderjylland, Denmark and was excavated in 1921–1922.

The vessel is clinker-built with an external length of more that 19 metres. Internally it is 13.6 m long and 2 m wide.

It had 10 thwarts, each of which could have served as a seat for two men, which suggests a crew of at least 20 men. 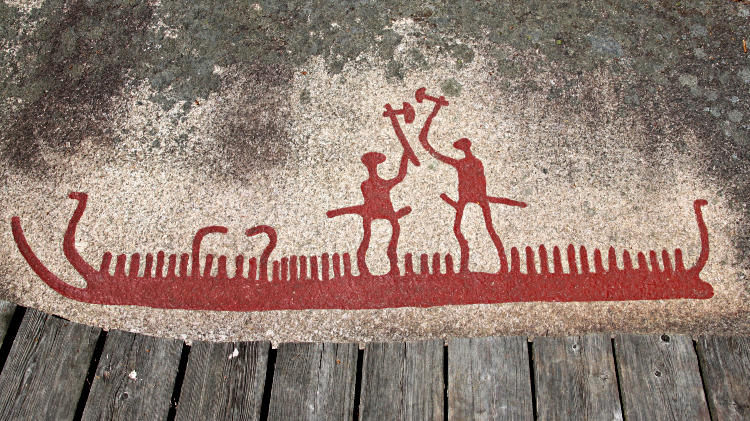 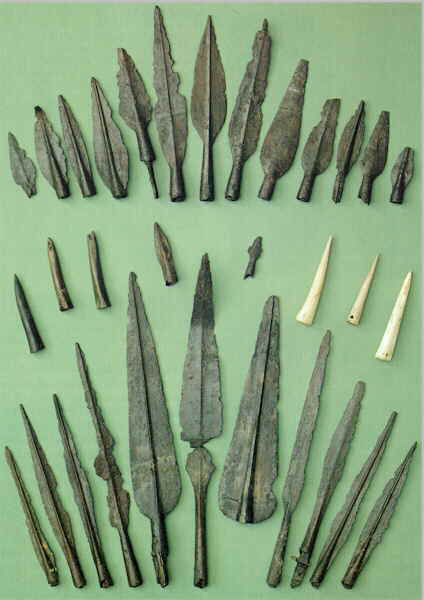 Spears from the Hjortspring boat