The Early Iron Age in Scandinavia

The cultural changes following the end of the Bronze Age were affected by the deterioration of the climate and the expansion of the Hallstatt culture from the south.

This appears to have been a period of unrest, marked by a significant number of wars in Europe, such as the battle by Als, Denmark.

The practice of sacrificing weapons, etc. in a sacred bog has resulted in large numbers of finds from this period.

This was also a period of human sacrifices in sacred bogs, such as the Tollund Man.
We also see evidence for an emerging agricultural society living in villages, such as the example excavated at Leire. These settlements were governed by a local leader who would have been responsible for maintaining the local laws and for organising the army in times of war. 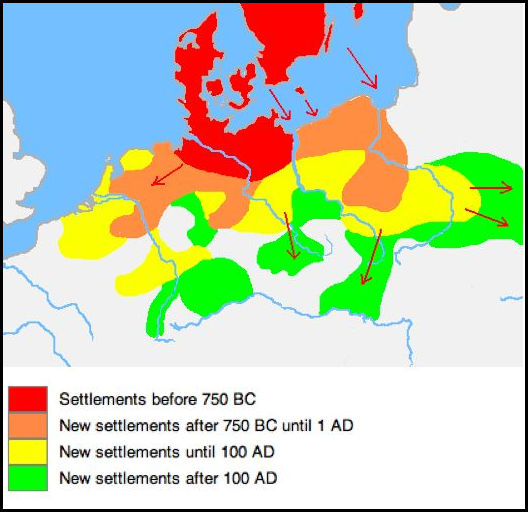