In recent years increasing attention has been paid to evidence of contact between the Sámi and the Vikings and even Sámi influence on the Viking way of life. Previously this evidence had been largely ignored in favour of a more “traditional” view of Viking Society.

As mentioned in Sámi Archaeology: Settlements, the earliest known written account to describe the Sámi is the story that the chieftain Ottar told Kind Alfred of England during his visit in AD 890.

“Ohthere told his lord, King Alfred, that he lived farthest to the north of all the Norwegians. He said that he lived by the western sea in the north part of the land. However, he said that the land extends very much further north; but it is all waste, except that Lapps camp in a few places here and there, hunting in winter and fishing in the sea in summer.

“He said that on one occasion he wished to find out how far that land extended due north, or whether anyone lived north of the waste. Then he travelled close to the land, due north; he left the waste land on the starboard and the open sea on the port all the way for three days. Then he was as far north as the whale-hunters ever travel.”

For further information see Ohthere’s Voyage to the White Sea 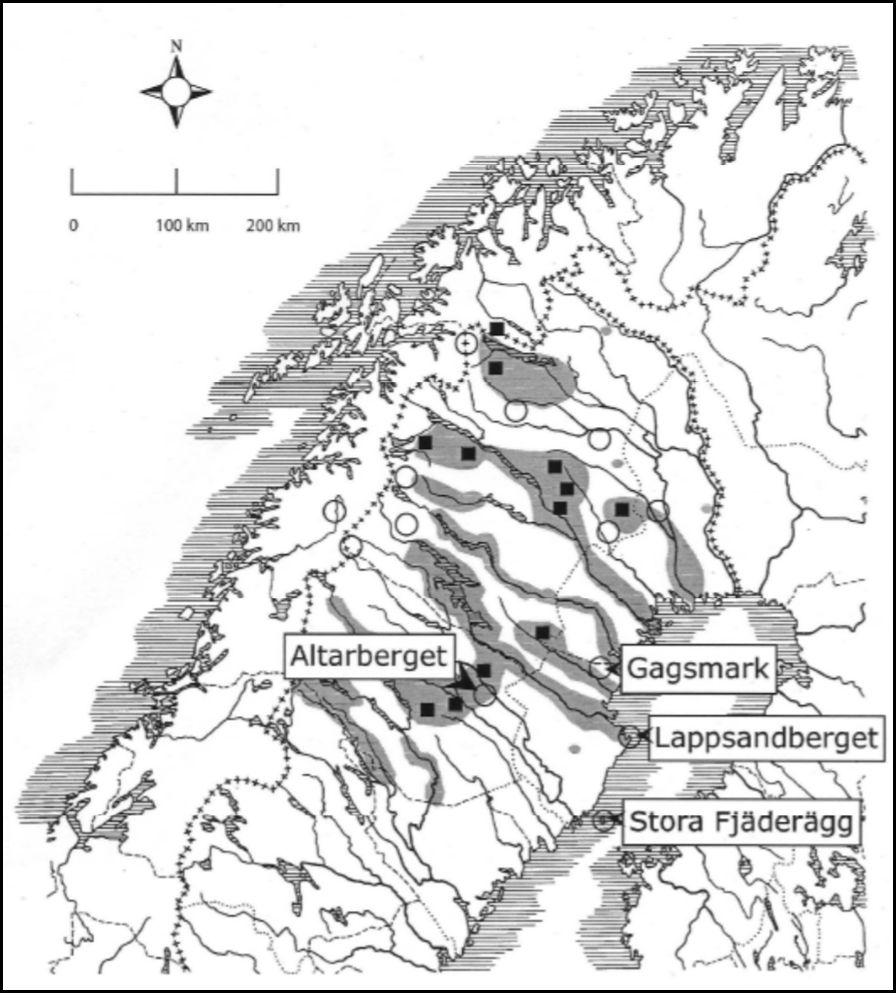 Map of Upper Norrland showing distributions of Viking Period artifacts (gray), Saami metal sacrificial sites (black squares) and circular ritual sites (circles). The Saami sacrificial sites in the interior were abandoned in the 14th century, in connection with the cutting off of independent trade following the treaty with Novgorod in 1323.