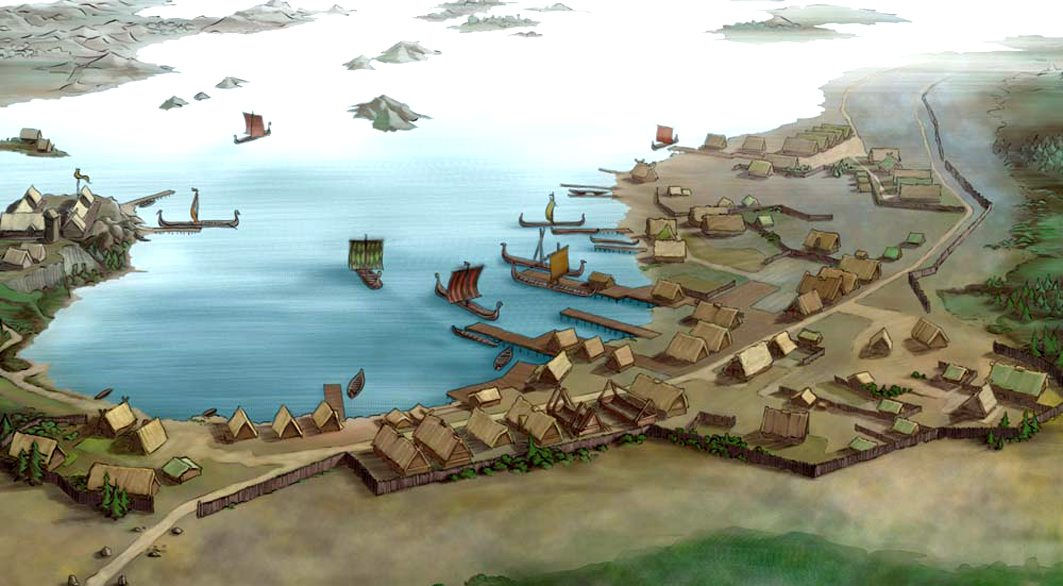 A reconstruction of Kaupang
image: thedockyards.com

Kaupang is the site of trading place in Sciringes heal (Skiringssal). It situated in the innermost reaches of Viksfjord in county of Vestfold. Excavation has revealed remains of houses, shops, gravel roads and piers.

Sciringes heal is mentioned in the Voyage of Othere:

“… Ohthere said that the district where he lived is called Halgoland. He said no-one lived to the north of him. In the south part of Norway there is a trading-town called Sciringes heal. He said that a man could sail there in a month, assuming he made camp at night, and each day had a favourable wind. He would sail by the coast the whole way. To starboard is first of all Iraland and then those island which are between Iraland and this land, and then this land until he comes to Sciringes heal, and Norway is on the port side all the way. To the south of Sciringes heal a great sea penetrates the land; it is too wide to see across. Jutland is on the far side and after that Sillende . This sea flows into the land for many hundred miles.

From Sciringes heal he said that he sailed in five days to the trading-town called Hedeby, which is situated among the Wends, Saxons and Angles adn belongs to the Danes. When he sailed there from Sciringes heal he had Denmark to port and the open sea to starboard for three days. Then two days before he arrived at Hedeby he had Jutland and Sillende and many islands to starboard. The Angles lived in these districts before they came to this land. On the port side he had, for two days, those islands which belong to Denmark.” (Translation by Christine E. Fell) 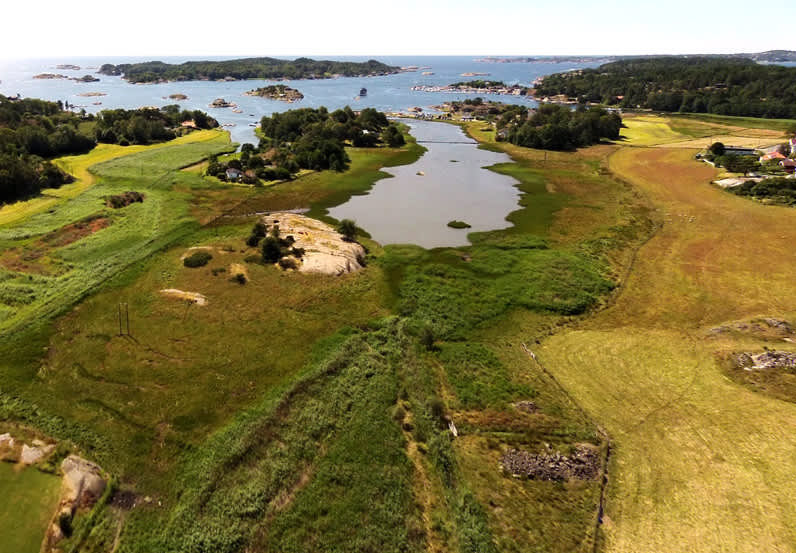 Kaupang – image: Visit Norway
(click on the images to enlarge)