The Grave Goods from Childeric’s Grave

The grave of Childeric was discovered by chance in 1653 in Tournai, close to the Church of Saint-Brice, Tournai, Belgium.

The burial was extremely rich and contained jewellery, two swords, a battle axe and a spear, gold and silver coins, buckles, a crystal ball, horse-harness and a hundred gold bees. The bees were originally sewn onto the king’s robe (an idea that was later adopted by Napoleon.

Unfortunately, nearly all of the grave-goods were stolen from the Imperial Art Gallery in Paris in 1831 and never recovered. The only important items that remained were the fragments of two swords with gold and cloisonné ornamentation.

Fortunately, the other items from the burial were published by Jean-Jacques Chifflet shortly after the grave was discovered.

The burial was identified as that of Childeric because of a ring inscribed ‘Childerici Regis’ – a cast of this seal ring still exists.

Although most of the finds from Childeric’s burial were stolen in 1831 when thieves broke into the Imperial Art Gallery in Paris, a record of the finds had been published by an Antwerp physician, Jean-Jacques Chifflet.

Chifflet published detailed descriptions of the finds together with careful – if somewhat stylised – drawings.

Interestingly, Chifflet misinterpreted a Late Roman fibula from the burial as a gold stylus. 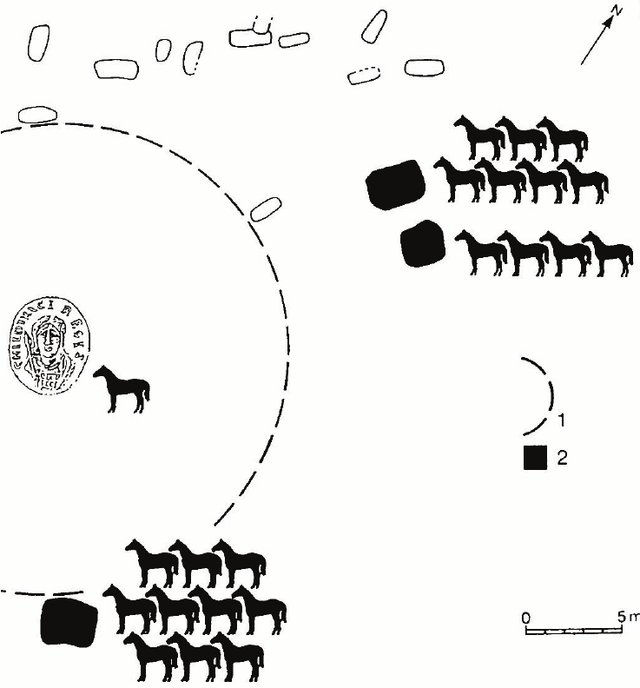 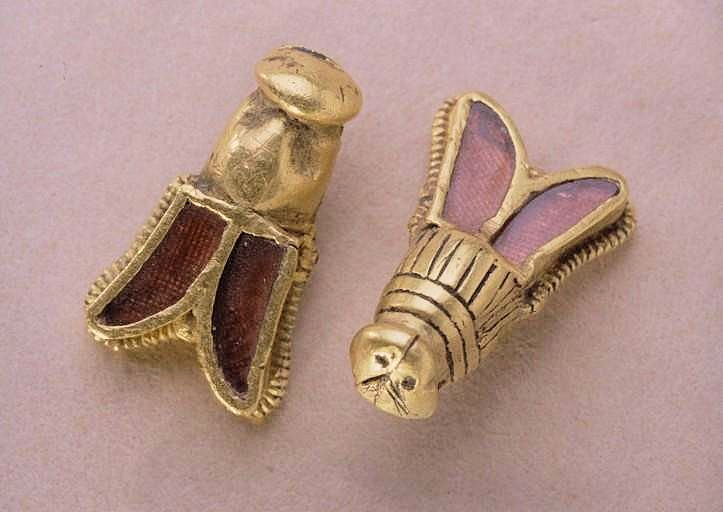 Two of the gold bees 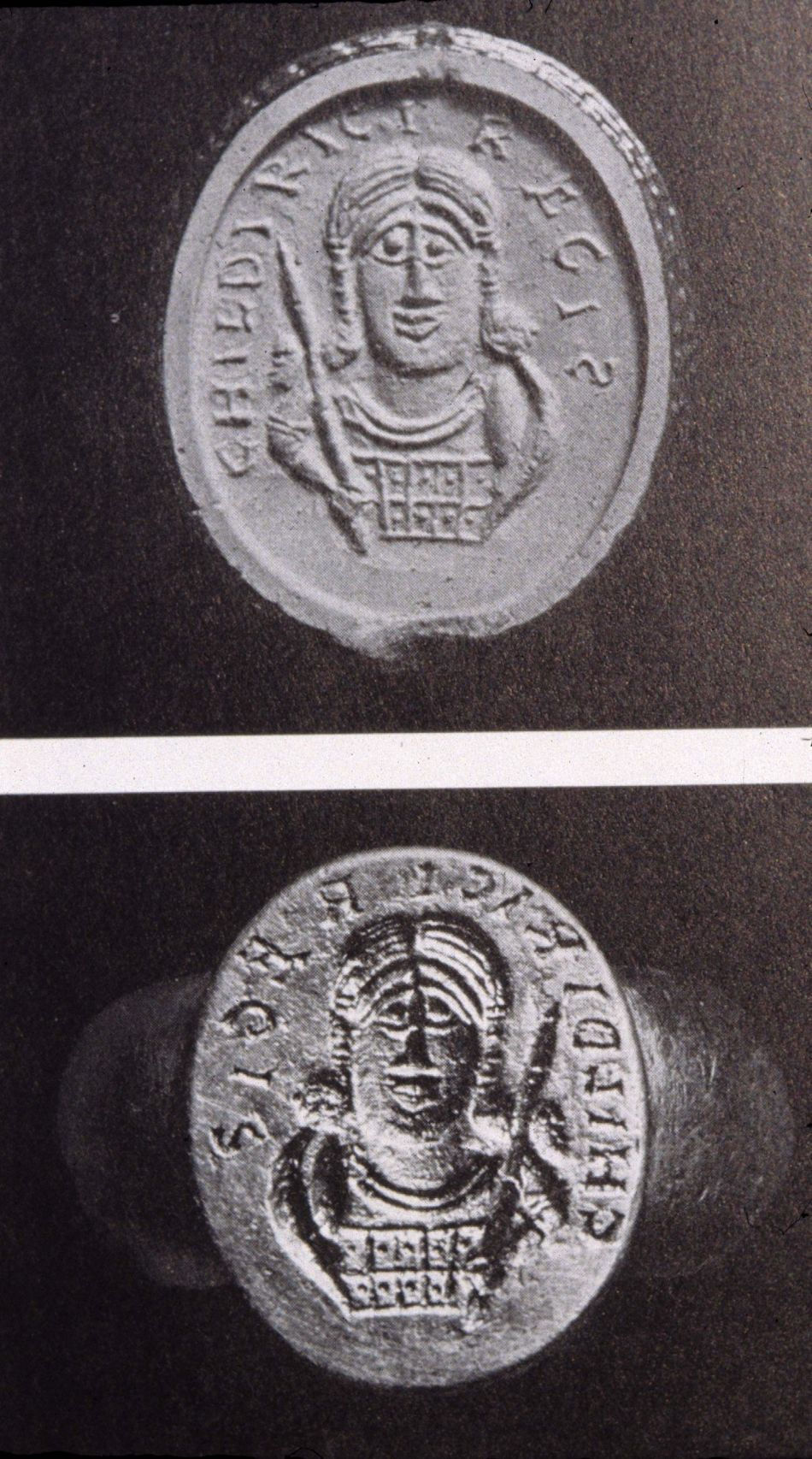 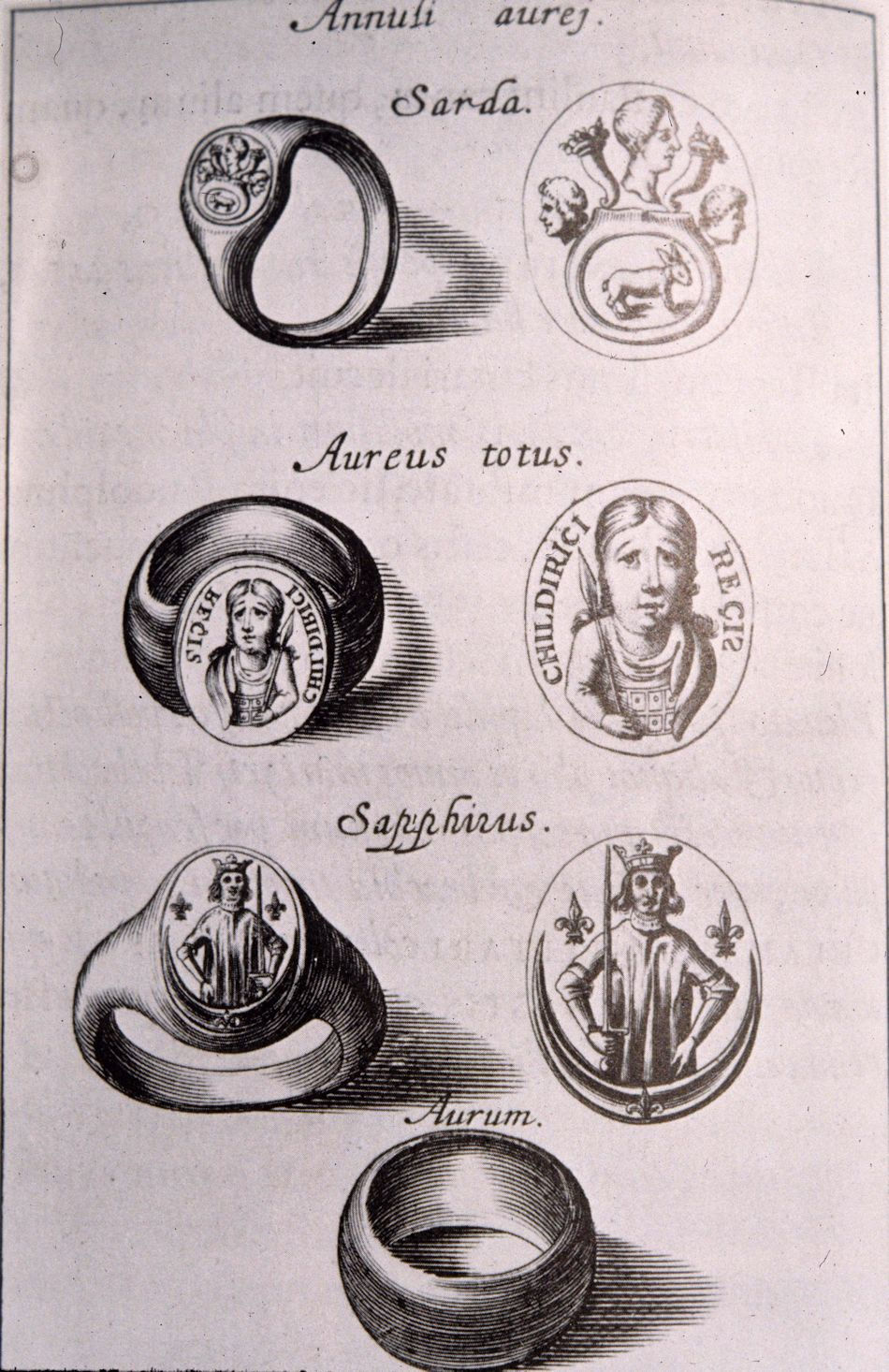 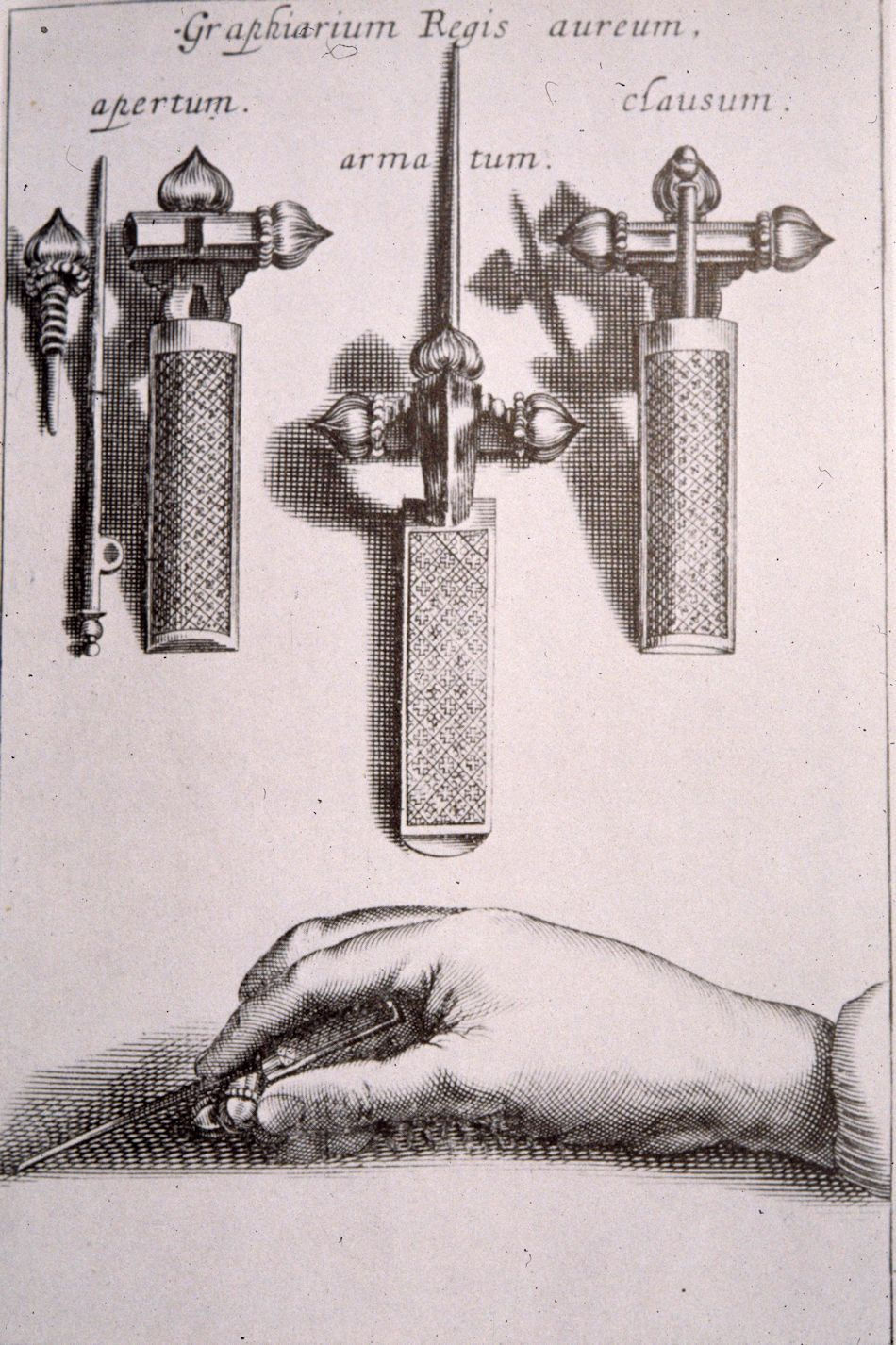 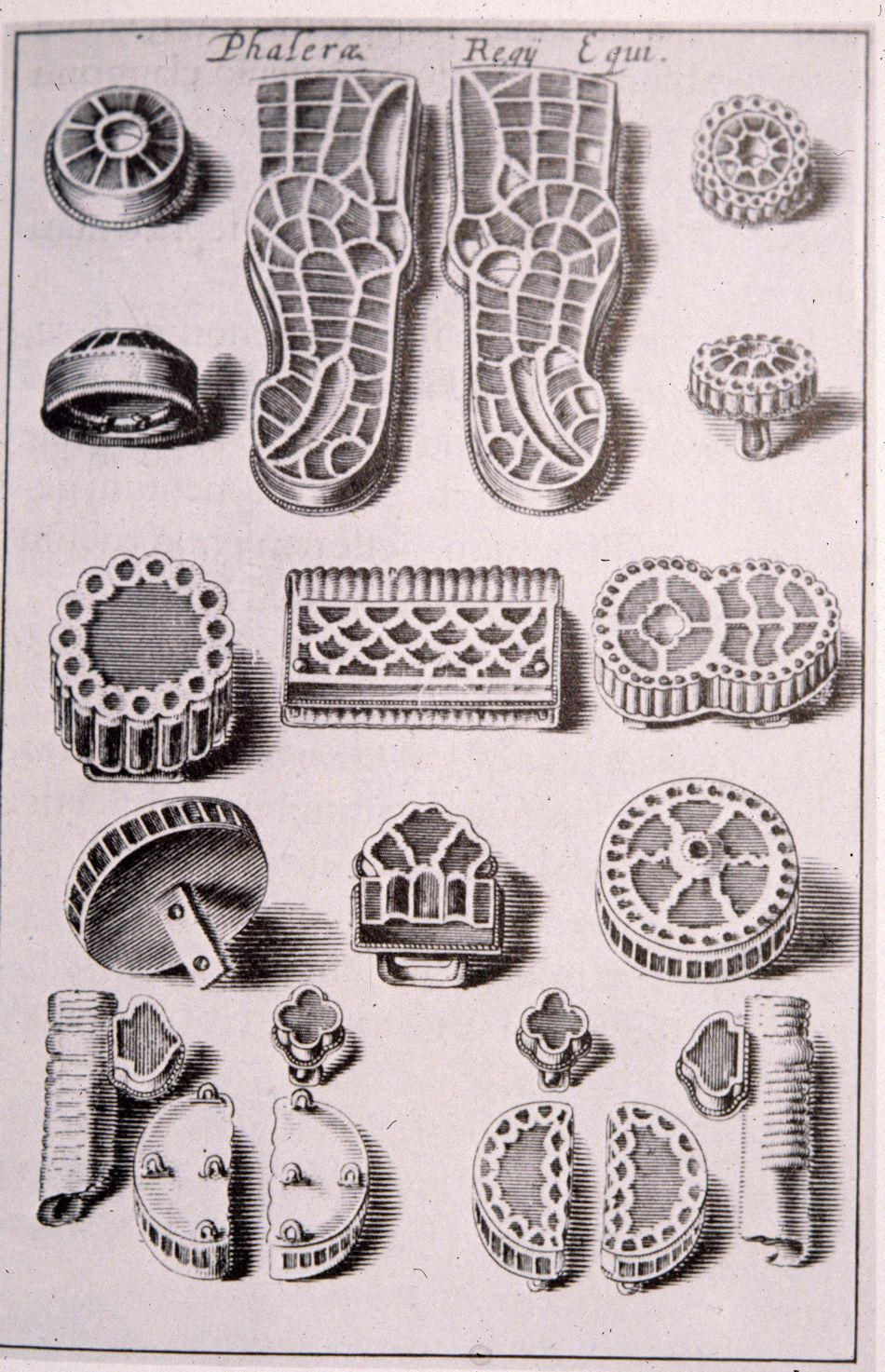