Dankirke is an Iron Age site located in the southwestern part of Jutland, Denmark close to the North Sea. It was found as a result of the search for the Viking Age settlement of Ribe and was excavated during the years 1965-1970. The finds cover a period from around the 2nd century BC up until late 8th century AD; they represent a remarkable inventory especially from the late Roman and the Migration period. Dankirke is a small site and only partly excavated. Both the rich finds inventory and house plans from the period were remarkable when excavated in the 60s. The situation has changed since then and Dankirke has lost some of its importance. This loss of importance make it all the more essential to present the finds and documentation of the site, since it has never been fully published.

So far only approximately 3000-sq. m. of Dankirke has been excavated divided in two areas of investigation Dankirke Øst (East) and Dankirke Vest (West). In the eastern area only one house was excavated (house I) as well as pronounced layers in the area northeast to the house, where there were also many pits and postholes. During the excavation some of these postholes were thought to belong to a construction (house II). In the western area five houses was excavated in part or in total as well as four wells. The houses VIII, IV, III, VII and V (Va and Vb) represent in chronological order the site from pre-roman Iron Age to the Migration period.

Rich and varied finds were located during the excavations, not least from the House V, from where many metal artefacts and types of glass were discovered. The combination of finds has led to the description of Dankirke as a site of prosperity, a rich farm as well as a centre of trade. 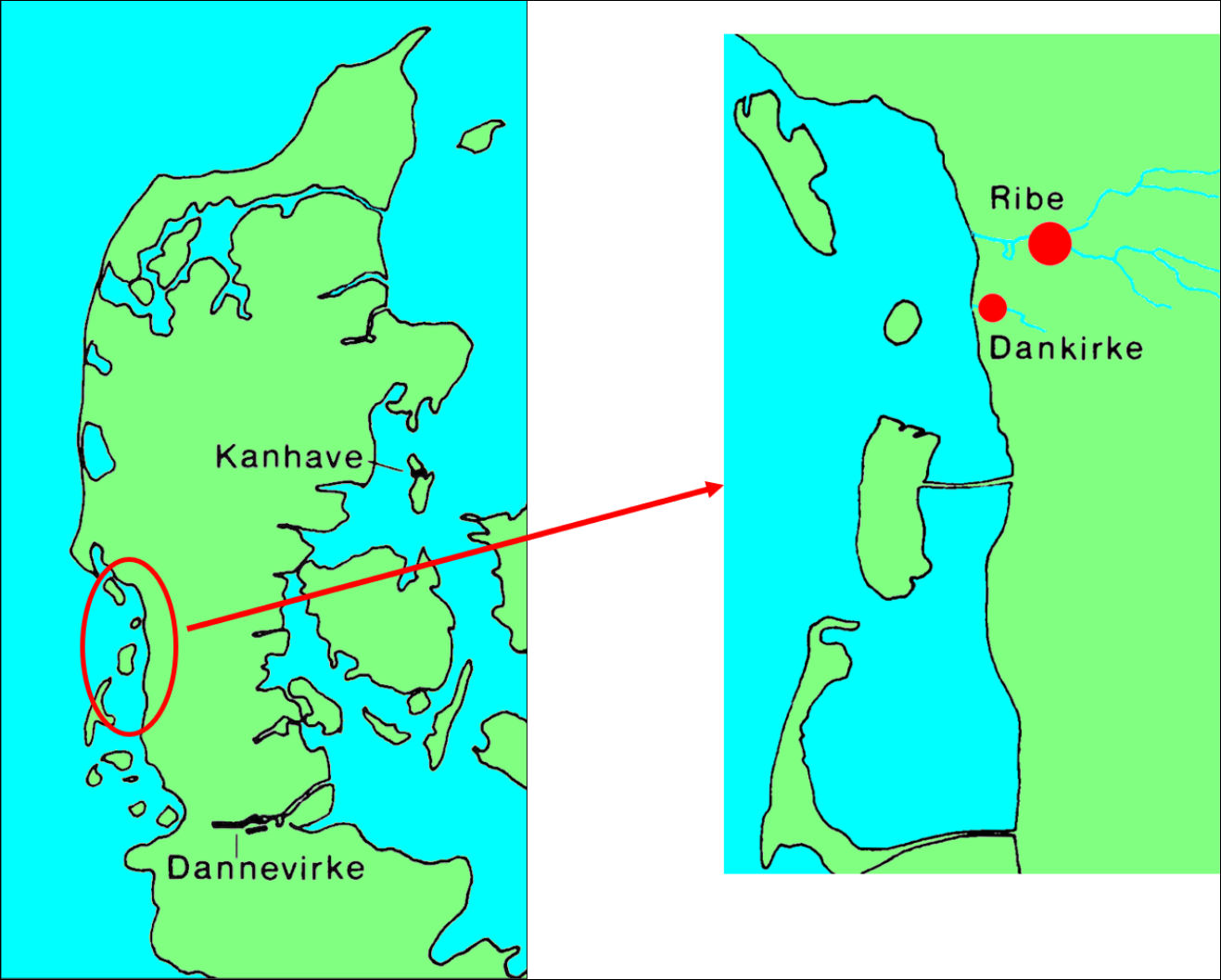 Location of Dankirke relative to Ribe 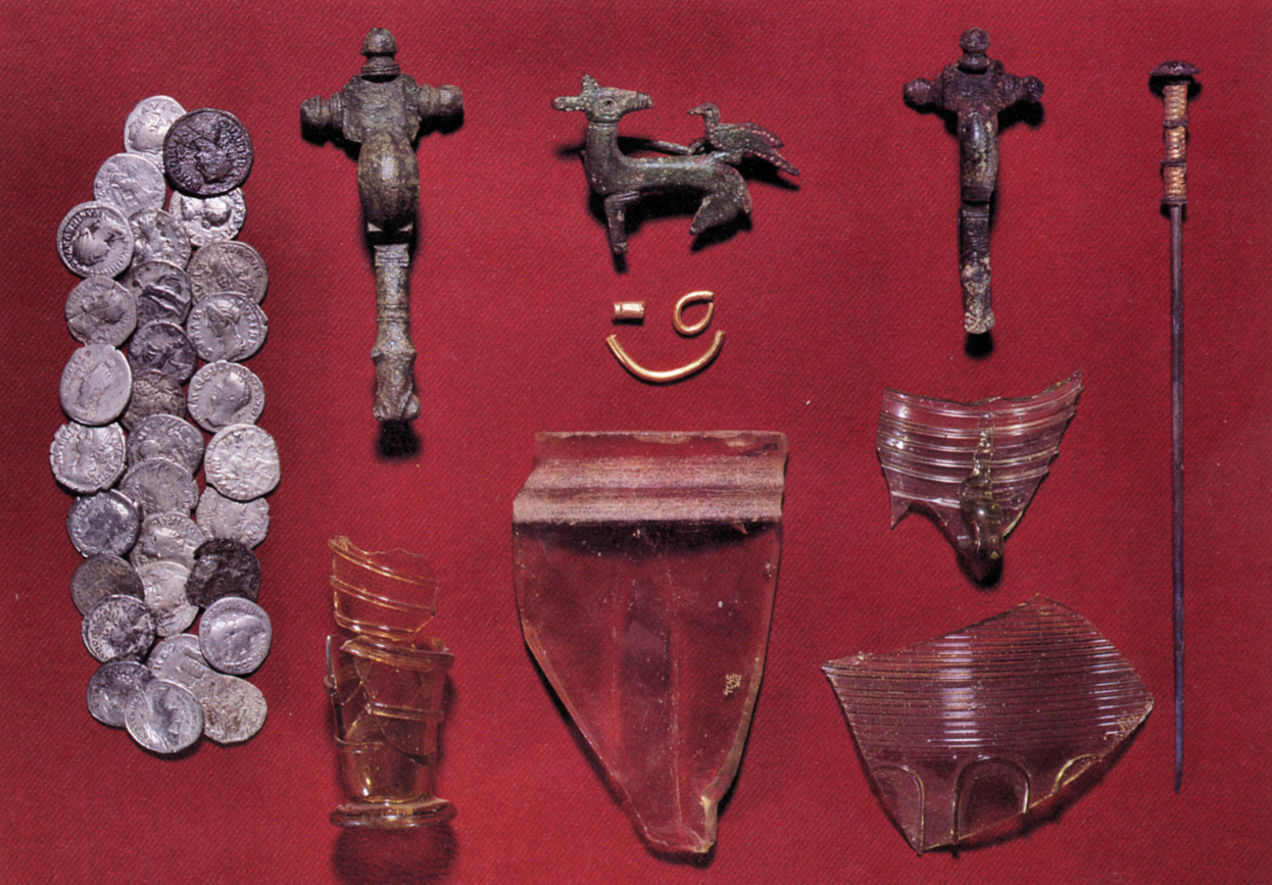