The reign of Constantine VII Porphyrogennetos was a period of artistic activity and learning. This period also saw the collection and copying of Greek books of antiquity.

The luxury of the court of this time can be seen from its treasures. These include deeply spiritual items such as ivory triptychs (for example, the ivory from the Pushkin Museum representing Christ blessing Emperor Constantine VII), or imperious expressions of power, such as the Troyes Casket, or even parodies of pagan images, such as the Veroli Casket.

In 949 the western ambassador Liudprand of Cremona was received by Constantine VII at his court. The ambassador’s amazement at the luxury is apparent from his description:

“Before the emperor’s throne stood a tree, made of gilded bronze, ist branches filled with birds also gold, uttering different cries, depending on their species. The throne was so marvellously fashioned that at one moment it seemed a low structure, and at another it rose high into the air. It was immense and guarded by lions made of bronze or of wood covered over with gold who beat the ground with their tails and gave a dreadful roar with open mouths and quivering tongues … I three times made obeisance to the emperor with my face upon the ground.”

Next Page: The Varangian Guard 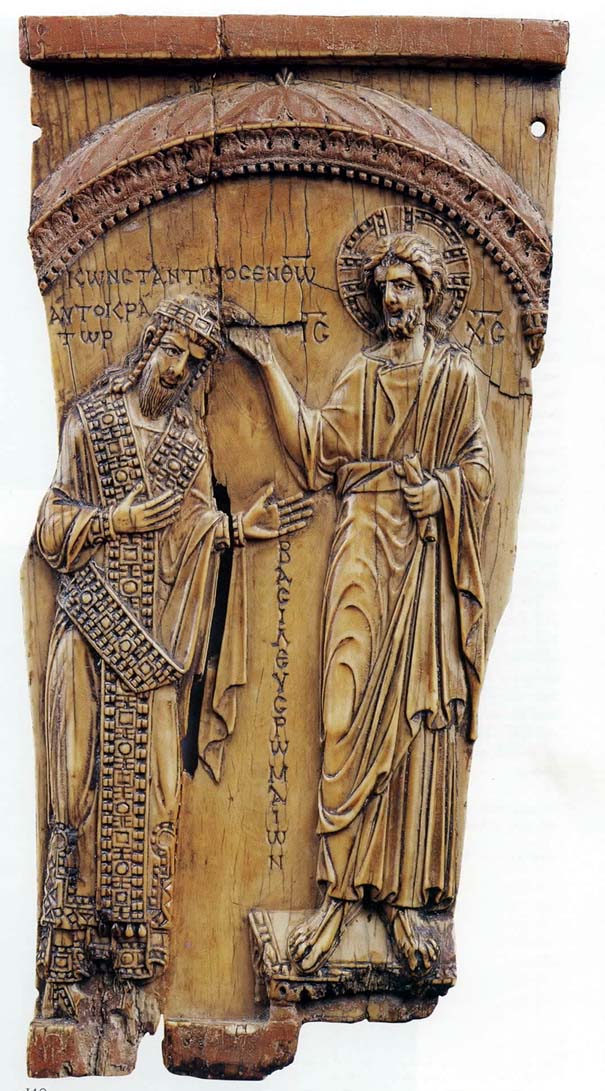