Types of sceattas found at Ribe
image: Vikingeskibsmuseet i Roskilde

Ribe was the earliest emporium in Early Medieval Denmark. At the cusp of the Viking Age, the town played a significant role. But when was it founded? By whom? And for what reason? Renewed excavations this summer brings us closer to an answer.

Since 1970, archaeologists have excavated in Ribe, a small town situated in Southern Denmark, approximately five kilometres west of the Wadden Sea. The modern town is traversed by the River Ribe, which used to meander into the west coast estuary. Nowadays it is regulated and runs an orderly course. Until the 20th century, the town was in the grip of tidal waters, occasionally causing severe flooding. To the east, the landscape is dominated by boggy wetlands, while sandy plains reach north and south. Thus, Ribe is situated at the logical western crossroad reaching from north to south. Today, at the banks of the river we find a small quay. In the same way, the earliest town must have boasted of a harbour, albeit its precise location has so far evaded the archaeologists.

The archaeological remains of Ribe are exceptionally well-preserved. Ribe, however, is important, because the modern town more or less covers the earlier settlements. This poses a challenge since excavations have to take place whenever a current building project calls for “rescue archaeology”. Accordingly, excavations since 1970 have yielded a breath-taking amount of artefacts and knowledge. Nevertheless, the basic knowledge about the history of the town has so far eluded the archaeologists. One reason is that even though Ribe is famous for its well-preserved stratigraphy, the older excavations had no access to the modern techniques, which allow for exact mapping of the thin cultural layers.

In 2017, the Carlsberg Foundation made it possible to carry out a systematic excavation of a plot inside the oldest Ribe. The overall aim has been to answer several questions: How did Ribe emerge? Were the earliest activities seasonal? And if so, at what point did Ribe become a permanent settlement, that is a proper town? Was the earliest Ribe characterised by high-density housing as a new evaluation of the old excavations indicate? Who were the earliest citizens? Seasonal visitors or local merchants and craftsmen? Might historical events be detected in the development and changes, which the town underwent? And finally: for how long did Ribe survive as a vibrant emporium?

Using state-of-the-art techniques like laser-scanning, 3D-visualisation, geochemical element analysis, micromorphology, and dynamic, electronic methods as well as other high-definition techniques, the archaeologists are currently processing vast amounts of data. As yet, no firm conclusions have been published. What we do know so far is that the first traces of activities at Ribe can be dated to c. 700, but also that the area was inhabited no later than the 720’s with people wintering in substantial houses plying their trade and crafts. This suggests a more or less resident population at a time when history and archaeology tell us a mighty potentate or king was otherwise busy digging a deep channel across Samsø, the Kanhave channel, as well as rebuilding the wall at Dannevirke. Dendrochronologically dated to respectively 726 and 737, these defensive projects must have involved the deployment of a significant workforce. As Ribe from day one, also seems to have been minting scaettas, its status as an important emporium may likely date from the same period and historical context.

Reaching more than three metres down, the archaeologists have so far uncovered the remains of buildings covering more than 70 M2 and housing bead makers, bronze smiths, and shoemakers. However, not only remains of their workshops have been revealed, but also some of their more personal objects, like combs and caskets with Runic inscriptions, a fragment of a musical instrument, a lyre, and pieces of textiles. In one of the layers from c.800, three amulets were found featuring Christian crosses. As the pendants were found in a smithy together with the moulds, the find suggests that a mass production catering for a local Christian community took place at Ribe at least 50 years before the vita of St. Ansgar tells us the first church was built in town. The new find fits perfectly with the Christian burials excavated at a cemetery surrounding the later Cathedral on the southern side of the river. Isotopic analyses of the dead persons have shown that the people buried there grew up locally.

These and a multitude of other finds from the latest excavation led by Søren Sindbæk are, however, still undergoing conservation, while the rethinking of how to fit the new results into the old has not even begun. Slowly, the contours of a vibrant early emporium from the very early period of the history of Denmark will undoubtedly surface 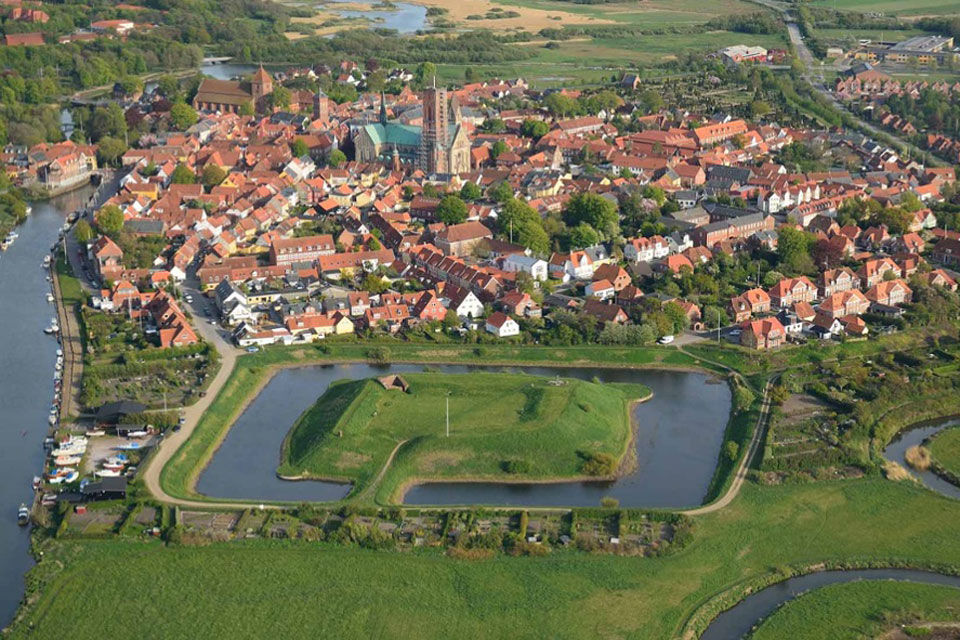 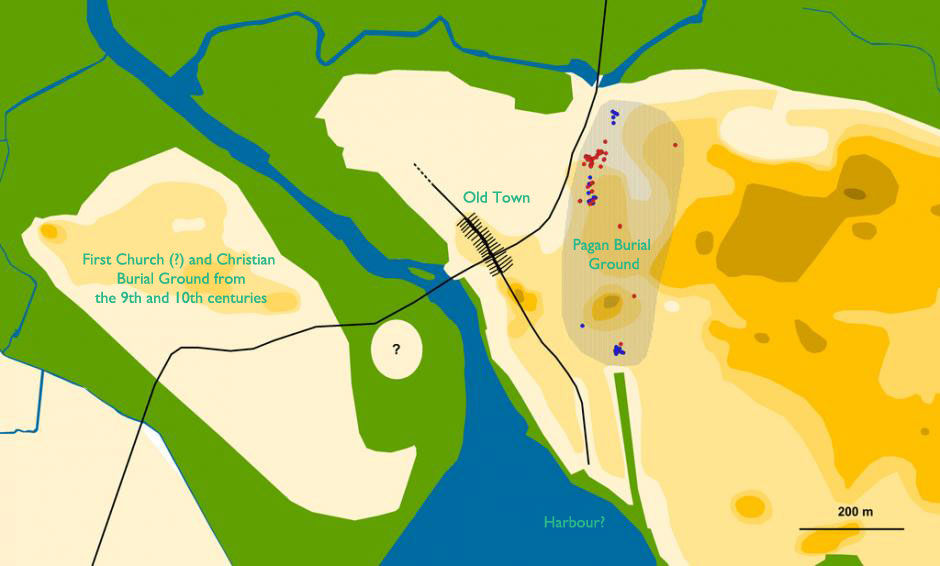 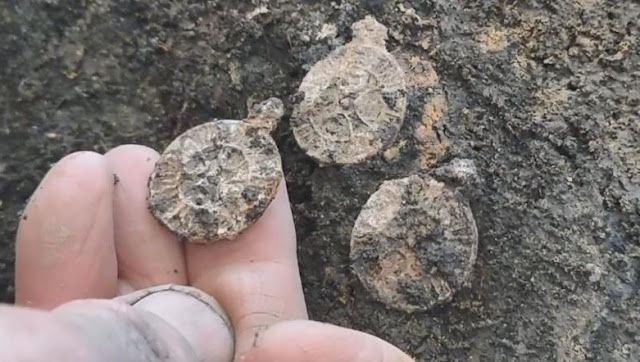 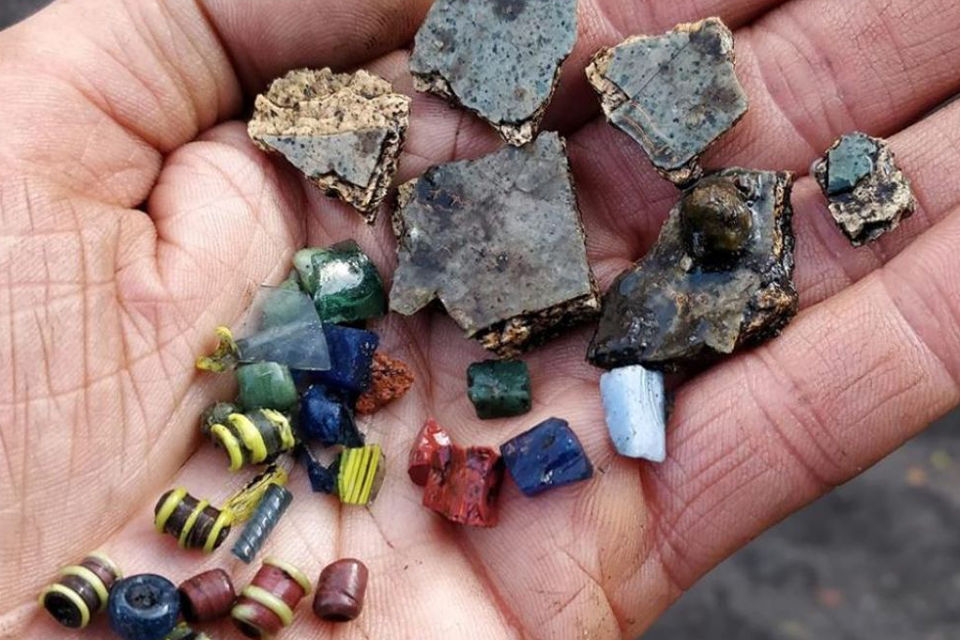 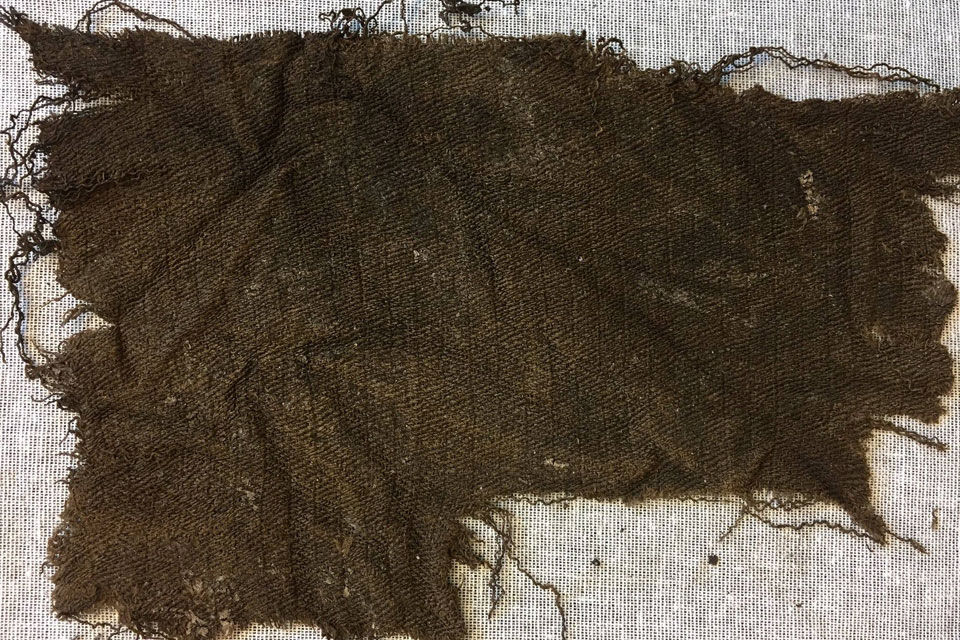 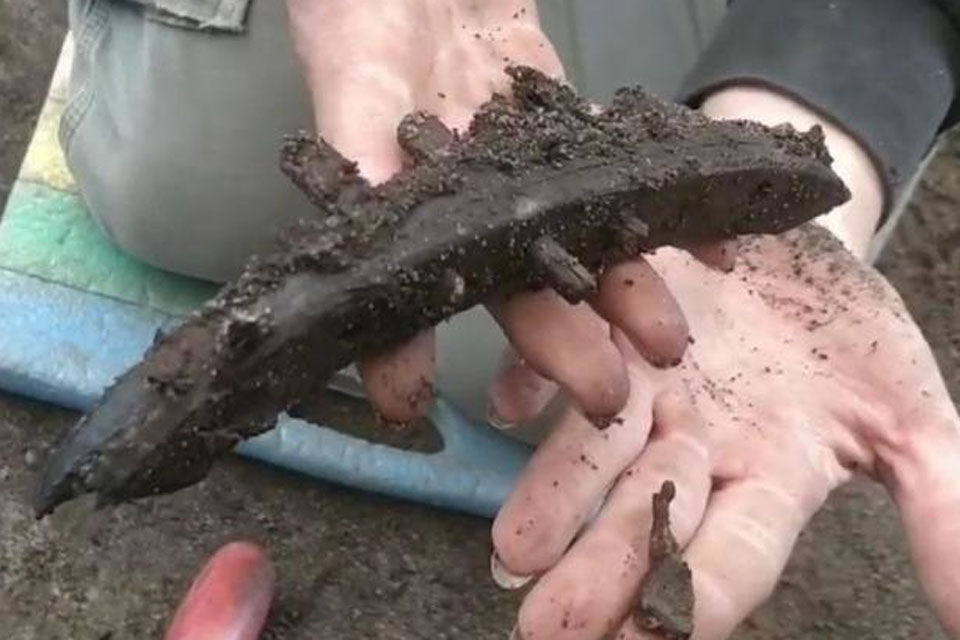 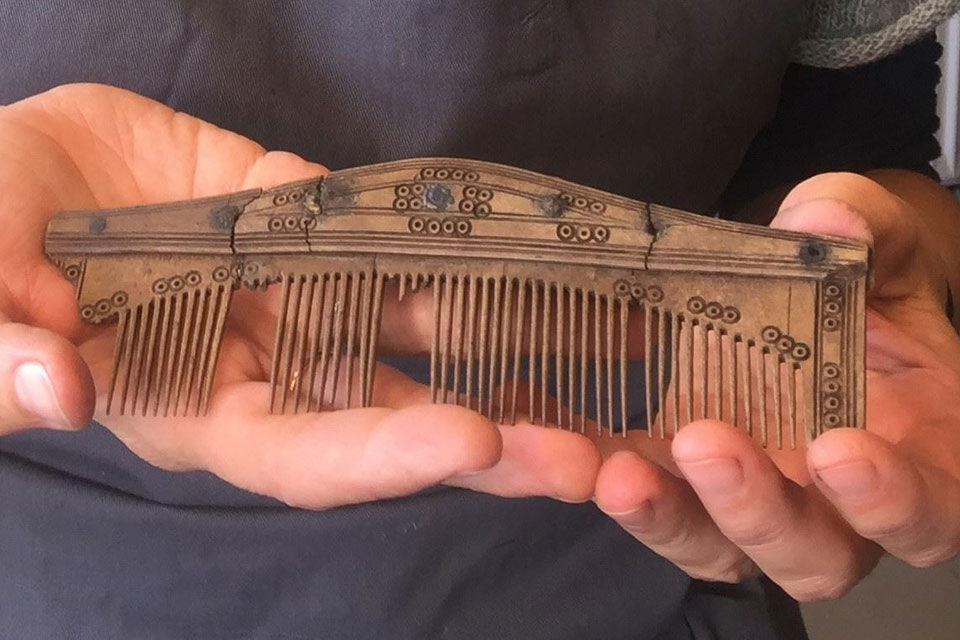